Difference in Thickness Between
iPhone 5 and 4S

Parts and repair firm iResQ has been slowly building its own iPhone 5 as parts have been coming in, as shown in yesterday's photos revealing the battery installed into the rear shell alongside several other components such as the dock connector/headphone jack flex cable, external buttons flex cable, and the rear camera assembly. 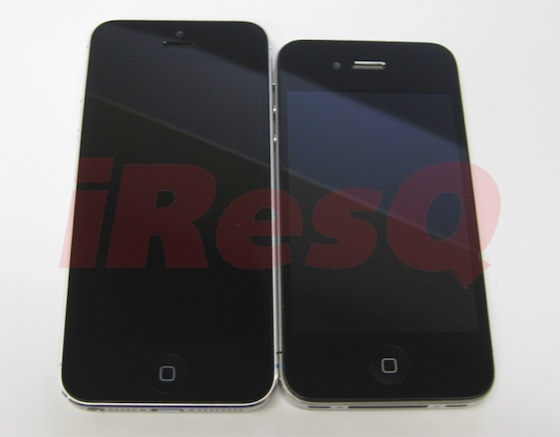 iResQ has now added a front panel to the mix, providing a good overall look at the iPhone 5 with several closeup photos. The assembly is of course non-functional, as it is missing the logic board and several other components, but nearly all of the externally-visible features are in place.

Apple is expected to introduce the iPhone 5 at its media event scheduled for next Wednesday, September 12.